The automated Earth space probe Voyager One is approaching the Moon. With the radioactive exhaust from its engine certain to extinguish all life on Moonbase, the Alphans try to gain control and shut down the drive. Help comes when the probe’s designer is found living on Alpha under an assumed name. However, Voyager is being followed by alien ships seeking revenge. 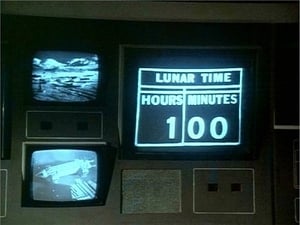