In 1996, Tony Cellini commanded a high-profile space mission which ended in disaster. The sole survivor, he told an outrageous tale of a spaceship graveyard and an alien ‘dragon’ which devoured his crew. Believed by no one, he was left a broken man. Five years later, the truth is revealed when the runaway Moon approaches the same deadly Sargasso in space. 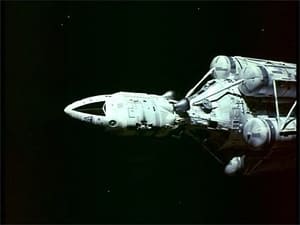